Just in the nick of time...

... to enter my quilt in the final linky of the Tetris Quilt-Along.  And I'm so silly because I thought that the quilt had to be finished, as in pieced, quilted and bound.  But now I'm reading it again and I realize that only the top has to be finished.  So now I have some terrible, 10 o'clock-at-night photos to share with you.  (But the quilt is all the way finished!!)  I'll take some more pictures tomorrow and make as separate post on the who and why of this quilt. 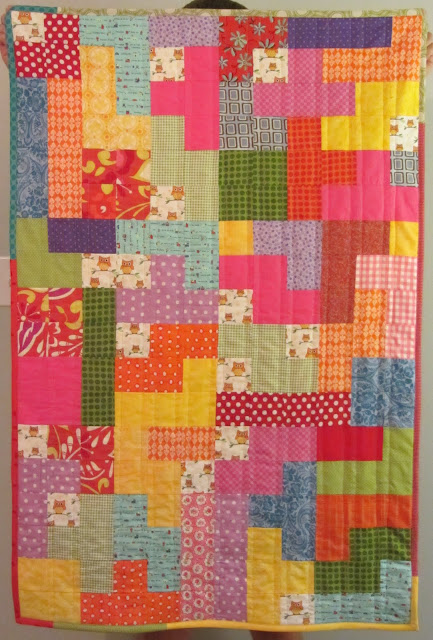 A few notes on the quilt.

- Benjamin pieced 2 of the blocks.  He petered out after that.
- I cut my squares at 3" rather than the 5" called for in the QAL
- I used scraps and fat quarters.
- I skipped the borders.
- Benjamin made a mistake in the piecing of one of the blocks and we decided to just leave it.  I don't think it's too noticeable anyway.
- More on this quilt tomorrow.

Thank you for stopping by our blog! We, Alisa and Suzanne, are sisters and friends. We are Christian wives, mothers and daughters. We are home makers. We sew, quilt, bake, cook, preserve, clean, launder and much more. We've started this blog to chart our creative endeavors. We also like to make more with less. As mothers of 6 and 5 we are trying to create and make without breaking the bank.

Oh...and we love your comments! 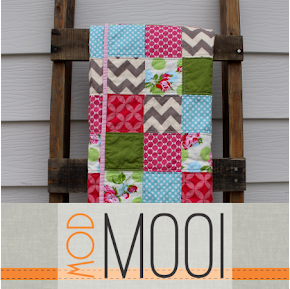